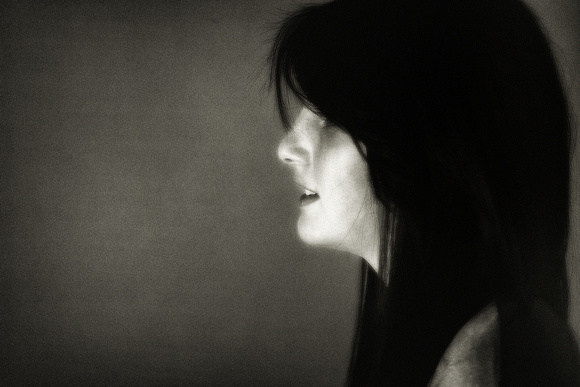 This part of Studio Lavalette's website is designed to hold information and/or links to useful learning resources that we think might help you with your photography and image editing.

Although inkjet printers have been around for 15-20 years people still struggle to make decent prints: what they see on the computer screen is just not what comes out on the paper.  It's all very frustrating.  So I wrote this article for a friend, that you might find helpful. I know it refers to large-format printing, and the Epson 4000 printer, but the principles of how to create great-looking inkjet prints still applies.

I came across this write-up on the f/stop years ago - it is the most exhaustive and thorough explanation I've ever read.

Synthetic LLC is a software business based in San Francisco that develops apps for the iPhone. It's founders are Lucas Buick and Ryan Dorshort, they come from Wisconsin and look altogether far too young!

At the moment they have three apps on the market:

Hipstamatic was launched in December 2009 and has millions of downloads,  but it was not until two years later did I discover it - and I confess that I'm somewhat addicted!

Basically the app uses the iPhone camera lens and functionality, but renders square images that have had a bunch of *filters applied to them and in a variety of combinations to make the photograph look dated - it could just as easily been called a "retro-matic".

*The filters are chosen by the user, but are dressed-up as: different types of film; varying lenses; and different flash units etc. The basic app comes with some tasters of all three and you can buy and download a slew of others. You can label and organise your photos, share them via the Hipstamatic website or other social networking sites and get them printed. It's a very clever business and business model and I wish I'd have thought of it!

There are other competitors out there, like Vintage Cam, but as someone who used to run a business that developed plug-ins for Photoshop, I think what these guys have done is fantastic.  You can see some of my Hipstamatic photos of the River Cam at Byron's Pool here.

I print using an Epson 4000 and in getting my 10 B&W photographs ready for my Royal Photographic Society, (“RPS”), Licentiate assessment, I discovered that the under sunlight there was a green colour-cast on the prints and under fluorescent lights I could see a magenta colour-cast. – eek....neither were particularly edifying or for that matter desired! And as the RPS are looking for technically good photographs, I decided I needed to better understand the problem and find a fix.

The colour-casts arise when you print using Photoshop, letting it drive the ICC profiles to match printer and paper – see this PDF for more details on how to print and ICC profiles.  But….when printing B&W’s, Photoshop draws on all the ink cartridges, not just the black ones,  and this is what causes the colour-casts to appear.

So the solution lay with a raster image processor (“RIP”) that just used the Matte Black, Photo Black and Photo Black ink cartridges on the Epson 4000 – and after Googling for a while I found these guys  - and within 30 minutes my problems were solved!  Now, irrespective of the lighting conditions and lighting sources, my B&W prints look B&W and there are no colour-casts at all.  Thank you Roy Harrington and team at QTR!

In 3. (above) I talk about the virtues of auto-bracketing 3-7 photos and then together using these shots to make an HDR image.  But there are, of course, other ways to sort out scenes that are "compromised" e.g. the instance of a sunset where there is strong light in the sky, but the foreground, relative to the sunset, is dark. The "compromise” is this:

So if you’re not interested in making an HDR image, consider using a, (the rather pompously entitled), Graduated Neutral Density Filter, or “Grad” for short.  In my opinion the best Grads are made by Lee – here is their website.  I’ve just bought the basic Lee system to get me started – this includes:

I’ll be out and about shooting again soon and will post my results so you can see the step change improvement I’m expecting.

Update - 17 May 2012....I just found this short movie made by Lee Filters - it explains everything I've written above, but with added visual demos:

I've been using Bowens studio flash heads for about 7-8 years now and they are solid and reliable chaps, but until recently I've never really used my flashgun - it's a Canon Speedlite 430 EXII. With the impending launch of our photography courses in France, I thought I'd better get a handle on this little beastie and to get the best out of it.  Well.....I've now done some extensive testing and can report as follows:

NB - before people start launching libel suits for misrepresentation, I want to stress that all my tests so far have been done indoors, with no other light source other than the Speedlite(s).

Somewhere in our brains, we humans are hard-wired to see light striking objects at an angle,  (rather than directly at an object), it's because this is precisely what the sun does.  Depending on the time of year, the sun tracks through the sky anywhere from 50 to 120 degrees and the shadows created by it fall across objects and then away at an angle.  In all but the desert, the sun also produces produces graduated shadows rather, than harsh unforgiving black areas.

Back at the drawing board...I bought the following:

A portable Lastolite 54x54cm softbox - they give it a whizzy name and call it an "Ezybox".

The Ezybox Plate then connects to this, the Lastolite Ezybox Tilthead Bracket, enabling you angle the Softbox Plate and Speedlite.

You then screw the Tilthead Bracket to this, a Bowens Compact Stand.  Job done...well not quite.  I also bought...

...a lithium battery for the Transmitter.  You'd think that when you spend £170 on a Canon Transmitter, they'd throw-in the £5 lithium battery, but no, it's extra!  As are the four AA batteries needed to power the 580 Speedlite that costs £350.

Armed with the above kit, I can tell you that I'm now taking, what I consider to be, acceptable photographs.   There is no substitute for natural light, especially during the two golden hours (one hour after sunrise and one hour before sunset); the next best source are flash heads, and the last, is the Speedlite configuration above.

Over in Washington State, on the USA's West Coast, a chap called Jon Arnold has developed an online, self-help, simulator for those photographers wanting to get to grips with the differences between f/stops and the speed with a shot can be taken.  He's also built-in features like distance, ISO setting and focal length.  I think it's a brilliant and cool app., as do thousands of others.  Check out his website here.